Posted on November 11, 2015 by honestaboutmyfaith 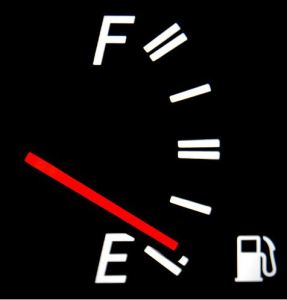 Elijah had traveled all day in the desert heat and as evening came he collapsed, exhausted, terrified and broken and he prayed that God would let him die. He poured out his heart to God as he prayed, ‘I have had enough Lord’ he said. ‘Take my life, for I am no better than my ancestors’. As he prayed, exhaustion took over and soon Elijah was asleep.

It is amazing how quickly things can change. A few days earlier, Elijah had stood alone against hundreds of enemies in order to prove that the God of Israel was the only true God. God had performed a miracle on that day and the people who witnessed it turned back to the God of Israel. To find out more about what happened you can read When Elijah was alone and outnumbered.

A few hours after this miracle, the Queen heard what had happened and she threatened to kill Elijah who as a result decided to run for his life. This was quite a turnaround for a man who stood against hundreds without any apparent fear but who was now being driven by it. It is natural to feel overwhelmed by emotions and encouragingly, God doesn’t express any frustration with Elijah. God understands that sometimes we feel overwhelmed and he wants to meet us in our confusion and stress in order to help us to gain a better perspective and to find freedom.

Elijah woke up to find an angel and some food, he ate and went back to sleep and then woke to find the angel of the Lord with more food. In running away, Elijah was disobeying God but God feeds and helps him rest rather than abandoning or criticizing him. God’s actions tell us a lot about who he is.

It is good to know that God strengthens Elijah and he wants to strengthen and help us as well. Will we let him?

Elijah goes on to encounter God on a mountain. It may seem strange that God met with Elijah to strengthen him so that he could travel to a faraway mountain where he could meet with the God who he had already met with in the first place. You might wonder if God understands the importance of time management because if he did, then he would have helped Elijah to turn around after the provision of food to save time. Again, God’s actions show us who he really is as he is supportive of one of his followers even though he is running in the wrong direction. Rather than treating Elijah abruptly or harshly, God allows him the time to travel in order to give him the space he needs to begin his journey towards recovery.

Elijah gets to the mountain and God who has been with him every step of the way reveals himself and talks with him there. God asks Elijah, ‘what are you doing here?’ Elijah responded by complaining to God that everything had gone wrong and that he was the only one left worshipping and following God.

Elijah poured out his heart to God and I believe that his honesty was essential in his healing. You see, we have to be honest about where we are and how we are feeling before we can move forwards.

There was a mighty wind, but God was not in the wind.

There was an earthquake, but God was not in the earthquake.

There was a fire, but God was not in the fire.

Following these awesome displays of might and power God whispered to Elijah, ‘what are you doing here?’ Elijah once again complained to God that everything had gone wrong and that he was the only true worshipper left.

God’s still quiet voice spoke and calmed Elijah and God then sent him back.

Elijah thought he had failed, but God showed him how things were going to change and what the next stages of the plan were.

Elijah thought he was alone, but God told him that he still had 7000 followers in Israel.

Sometimes we feel overwhelmed and we can be ready to give up. In those moments, God doesn’t give up on us but the question is, will we give up on him?

Will we pour out our hearts to God knowing that as we pour out the pain and the upset that we make room for God’s healing presence?

When we feel ready to give up, will we turn to God and allow him to lead us on a journey of healing and restoration?

Will we listen for the whisper of God showing us the way forward?

If you feel alone, broken or discouraged, God wants to meet with you. Will you let him?

You can read the full account of what happened in 1 Kings 19.

If you want to know what had happened to Elijah previously then click on the links below.

Elijah part 1: Do miracles happen because God announces them or because we ask?

Elijah part 2: When God does something weird

Elijah part 3: A leap of faith

Hi, my name is Graeme and I’m married to a very patient wife. We have 4 children, 2 rabbits, a terrapin (and not a lot of peace and quiet!). I’m a Regional Minister for the Eastern Baptist Association in the UK (the views expressed in this blog are my own) and I am especially interested in making Church accessible to people who have no church background and also in how we disciple people in order to equip them to live out their faith in the 21st Century.
View all posts by honestaboutmyfaith →
This entry was posted in change, do not be afraid, Faith, God loves us, hope, Listening to God, restoration and tagged angel of the lord, be still and know that I am God, brokenness, do not be afraid, elijah, elijah runs away, freedom from fear, God restores, God speaks, healing, pour our your hearts, restoration, still small voice. Bookmark the permalink.

1 Response to Do you ever feel like giving up?