It’s time to play together nicely!

Posted on June 14, 2017 by honestaboutmyfaith 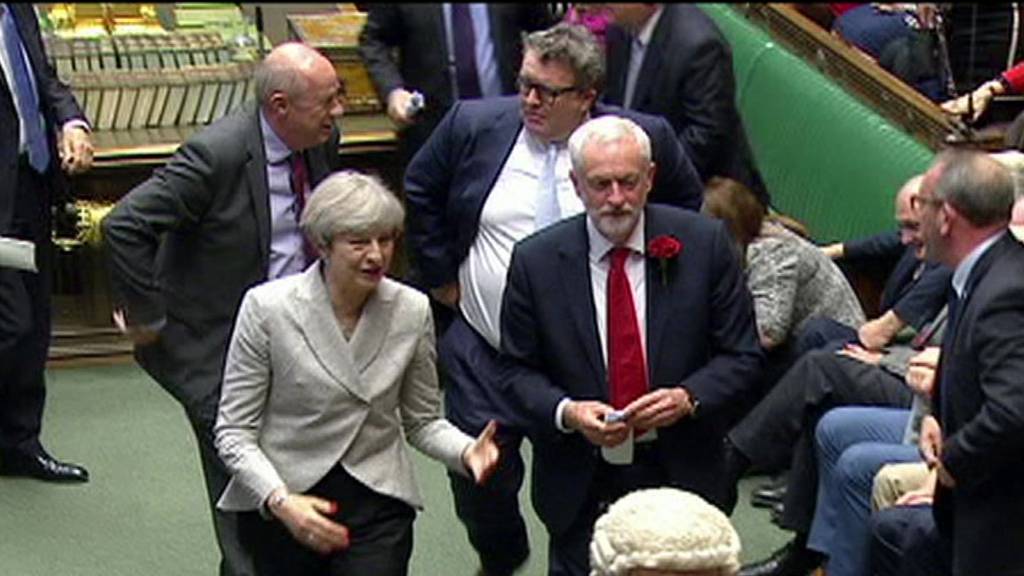 It was surprising, and very encouraging!!!, to see Theresa May and Jeremy Corbyn walking next to each other laughing in Parliament.

One of the things which I have found especially sad about the recent UK election campaign is the hatred and anger that has been a central part of it for many people.

You know the sort of nonsense and lies that have been spouted:

‘Corbyn is a Jihadi sympathizer’

‘The Conservatives are the nasty party’

I hope that one of the consequences of our hung parliament is that our politicians might learn to respect each other and to cooperate again. This is why I was so encouraged by what I saw in Parliament yesterday as the speaker of the house was elected.

It was great to see Theresa May congratulate John Bercrow following his unanimous appointment by joking “At least someone got a landslide.”

Jeremy Corbyn congratulated the Prime Minister and said that “democracy is a wonderful thing and can bring up some very unexpected results.”

A short while later they walked out together smiling and chatting and this was a wonderful picture of what things could be like.

This Parliament could be a real opportunity to discover what it means for politicians from across the political spectrum to learn from each other.

In life we all work and live alongside people and we are all expected to get on and to try to be productive together whether we agree with them or not.

I hope and pray that over these next few years that politicians can travel together down the road of respect, listening and cooperation that the rest of us walk along each day.

Instead of hearing ‘Labours sums don’t add up’, it would have been great to debate which parts of their costed manifesto were causing the problem for people and to consider how these areas could be improved before dismissing their plan.

Instead of hearing that ‘the Tories only care for the rich’,  it would have been good to have debated which of their policies appear to favour the rich and to consider how these policies could be modified before stereotyping them.

Instead of focusing almost exclusively on the Labour and Tories shouting at each other, it would have been good to have had a debate about Taxation and the Lib Dems proposal about raising tax by 1p. With the rising costs of the NHS I don’t think it is sustainable to run it without cuts or raised taxes and this needs thinking through rather than juts shouting at each other about it.

I think that the spin and lies ruined the election and they also have potentially .damaged lives

Ironically, the person who was most vilified in the campaign and painted as being unfit to be an MP was also the person who got a record 35000 majority proving that she is in fact an extremely competent and well respected public servant. It is also now emerging that Diane Abbott has type 2 diabetes and the way that the press has hounded her is even more upsetting knowing it was her illness that was causing her problems.

I believe it’s time to put aside party politics and to campaign for what we think is good and important for our country. It is possible that the Government may need votes from opposition MP’s to get laws passed and this provides a real opportunity for people to have some input into shaping the Governments agenda.

For me, I want to see the country run in a financially prudent way. I think that we need to move towards reducing the national debt but I do not want to see us do this at the expense of the poor and vulnerable n our society.

I will be praying that our MP’s would learn what it is to play and work well together as they work for the good of the country rather than the advancement of their own political party.

You may think that this is all wishful thinking but I believe that miracles are possible.

Central to the Christian faith is the command to love one another.
When we love people, even our enemies, it makes it possible to work alongside and cooperate with them.

Hi, my name is Graeme and I’m married to a very patient wife. We have 4 children, 2 rabbits, a terrapin (and not a lot of peace and quiet!). I’m a Regional Minister for the Eastern Baptist Association in the UK (the views expressed in this blog are my own) and I am especially interested in making Church accessible to people who have no church background and also in how we disciple people in order to equip them to live out their faith in the 21st Century.
View all posts by honestaboutmyfaith →
This entry was posted in Faith, Loving one another, Miracles, politics and tagged love one another, miracle, politics. Bookmark the permalink.