You don’t want to read that!

Posted on April 21, 2017 by honestaboutmyfaith 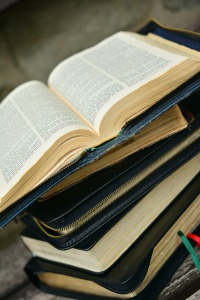 I was talking with a Minister recently who was preparing a Sermon on a very well known passage from the gospel of Luke.

They mentioned they were reading a commentary for background information and my instinctive reaction was to say ‘you don’t want to read that’ (that’s the commentary, not the Bible!)

Although this wasn’t the passage, it might be helpful to consider as an example how background reading could help prepare a sermon on the parable of the lost coin from Luke 15:

8 “Or suppose a woman has ten silver coins and loses one. Won’t she light a lamp and sweep the entire house and search carefully until she finds it? 9 And when she finds it, she will call in her friends and neighbors and say, ‘Rejoice with me because I have found my lost coin.’ 10 In the same way, there is joy in the presence of God’s angels when even one sinner repents.”

The Bible says that a silver coin is lost and the person works hard to find it even though she has 9 other coins. The passage even explains the meaning of the parable, that when the coin is found she rejoices and in the same way there is real joy in heaven when one person turns to God.

You could argue that two pieces of background information help us understand this parable:

Neither of these points are essential to understanding the parable and the point it is making, the text tells us the coin is silver which sounds expensive and if I have £100 I could probably live without £10 if I lost it.

Used in the right way though, these two pieces of information do enhance the explanation In contrast to this, an explanation of the different types of currencies available in 1st Century Israel isn’t going to help you to understand the point and will in fact draw attention away from the main point.

The main piece of background information you wold need in covering this passage is found in v1-2 of the chapter. Jesus told this and other stories in response to criticism that he was associating with sinners and so we need to understand that the three parables that follow are him explaining why he is mixing with people who seem far from God.

It worries me that we have theological colleges which are producing Ministers to present well researched information rather than the straightforward meaning of a Bible passage. I do think that it is possible to do both and I hope that comes across in my sermons but in my view the emphasis should always be on the simple straightforward meaning of what the Bible is saying where that meaning is plain in the passage.

Our world is in desperate need of people who can share the good news in passionate and creative ways. There is joy over sinners who repent, not over people who have an in depth knowledge of Bible history.

I think that it can be helpful to read commentaries for Sermons, but I pick and choose which Bible passages and themes that I read around the most.

My biggest concern though is not what we read or how we prepare but how we present information.

Most people who come to church aren’t academic and we need to make sure that we present the truth of the Bible in as straightforward and as a creative way as possible.

The crowds flocked to Jesus because the was saying something profound and life changing in an understandable way.

May God help us to see that our priority is to share the good news about Jesus and what it means to be his disciple in as simple and as accessible a way as possible. If using a commentary helps us to do this then that is great but let’s make sure that we keep the main thing the main thing!

Hi, my name is Graeme and I’m married to a very patient wife. We have 4 children, 2 rabbits, a terrapin (and not a lot of peace and quiet!). I’m a Regional Minister for the Eastern Baptist Association in the UK (the views expressed in this blog are my own) and I am especially interested in making Church accessible to people who have no church background and also in how we disciple people in order to equip them to live out their faith in the 21st Century.
View all posts by honestaboutmyfaith →
This entry was posted in Bible, church, discipleship, Faith, Life experiences and tagged bible, how to read the Bible, life experiences, lost coin, luke 15. Bookmark the permalink.

4 Responses to You don’t want to read that!