Elvis Presley, Who is He?

Posted on December 26, 2016 by honestaboutmyfaith 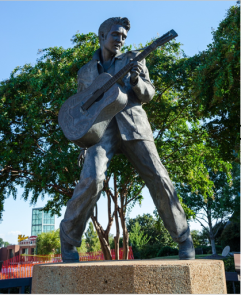 So, we were talking about Elvis Presley and my daughter said ‘who’s he?’

Now, my daughter is only 11 and so there is no real reason that she should be familiar with Elvis, but in that moment it still came as a shock to me that she hadn’t heard of this iconic figure.

This happened over Christmas and it got me thinking about Jesus and his life and the way that he arrived in this world.

Elvis is still incredibly famous, and in his lifetime he was often in the spotlight.

Jesus is still incredibly famous and he is still often in the spotlight.

Even though he was declared to be the King at birth (that’s Jesus, not Elvis), he was born in incredibly humble circumstances. Once you are past the nativity, in the early life of Jesus there was almost nothing that encouraged people to look at him or to say that he was going to change the world.

It is interesting that the Queen spoke about Jesus’ humble beginnings in her Christmas speech yesterday:

‘At Christmas, our attention is drawn to the birth of a baby some two thousand years ago. It was the humblest of beginnings, and his parents, Joseph and Mary, did not think they were important. Jesus Christ lived obscurely for most of his life, and never traveled far. He was maligned and rejected by many, though he had done no wrong. And yet, billions of people now follow his teaching and find in him the guiding light for their lives. I am one of them because Christ’s example helps me see the value of doing small things with great love, whoever does them and whatever they themselves believe.’

In his life and ministry, Jesus never tried to be a star. His priority was to show people the way to God, not to maintain a group of followers at any cost. On one occasion, many of his followers deserted him (John 6 v66) but Jesus didn’t compromise on what he was saying to keep a large entourage.

Is our priority to become a star or to show people to God?

Would we prefer to become King or Queen or do we live to serve the King of Kings (that’s God, not Elvis!)

We may not all have the talent of Elvis, but if we all lived that way, just think what an amazing world this would become!

Hi, my name is Graeme and I’m married to a very patient wife. We have 4 children, 2 rabbits, a terrapin (and not a lot of peace and quiet!). I’m a Regional Minister for the Eastern Baptist Association in the UK (the views expressed in this blog are my own) and I am especially interested in making Church accessible to people who have no church background and also in how we disciple people in order to equip them to live out their faith in the 21st Century.
View all posts by honestaboutmyfaith →
This entry was posted in Faith, Following Jesus, God is our father, Life experiences, Relationship with God and tagged Elvis, Jesus pointed people to the father, John 6, Queens Christmas speech. Bookmark the permalink.