A Parable for Christmas

Posted on December 8, 2015 by honestaboutmyfaith

This story explains why Christmas is so important to me.

It is 3000AD and there is an opportunity to end the war that had seemed like it had lasted forever. A commando was needed to go into the dangerous and hostile enemy-occupied territory. The Commander-in-Chief needed to send someone they could trust, someone brave, someone who was willing to risk everything for the sake of the mission. 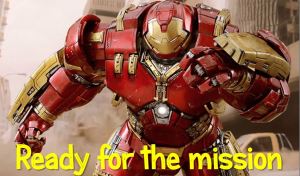 Many soldiers had volunteered but nobody knew who was selected. On the day the mission began the entire army gathered to watch. They saw the commando walking to the launch pad, kitted out with his robotic blast-resistant exoskeleton, his database-linked awareness-augmenting helmet and his instant-teleport device on his back. He was armed to the teeth with the latest techno-weapons.

And then they gasped as the Commander-in-Chief ordered that the robotic blast-resistant exoskeleton be removed. One of the Generals protested: “Without his robotic exoskeleton he will be weak, and he will be vulnerable. He could easily be injured, or worse.”

The Commander-in-Chief nodded gently, and then ordered that the instant-teleport device be removed too. He would only be able to use the transport available on the planet. The Generals all had serious misgivings about this, but when the Commander-in-Chief ordered the soldier to leave behind all of his weapons they protested loudly: “How will he fight?”

He gave his son and hug and as he went to the launch pad the Commander-in-Chief gave him his final advice: ‘Never forget that I will be with you. Talk to me and rely on me. You can call on me for the knowledge and perspective that you need and while you are doing what I show you to, if you need power to drive off enemies or to heal people then I will supply it, just ask and you will receive’.

As the son departed, the father wept. He wept because he knew the sacrifice that would be required of his one and only son, but mixed with this were tears of joy as he thought about the people that his son was going to save.

God sent his son Jesus into this world and the Bible says that he became flesh and lived among us (John 1.14).

It it seems incredible that God would send his son Jesus in such a vulnerable state but through his vulnerability Jesus won the salvation of humanity as he died on the cross.

We all want to be in a strong and secure position, but God asked his son Jesus to live and minister from a place of vulnerability and weakness. Makes you think, doesn’t it!

The story in this blog entry was produced in partnership with Nick Lear nuklearfishing who wrote this story based on my idea.

Hi, my name is Graeme and I’m married to a very patient wife. We have 4 children, 2 rabbits, a terrapin (and not a lot of peace and quiet!). I’m a Regional Minister for the Eastern Baptist Association in the UK (the views expressed in this blog are my own) and I am especially interested in making Church accessible to people who have no church background and also in how we disciple people in order to equip them to live out their faith in the 21st Century.
View all posts by honestaboutmyfaith →
This entry was posted in christmas, Christmas story, creative communication, Faith, Incarnation, Jesus and tagged first Christmas, incarnation, incarnation explained to children, incranation, jesus came as a human, Jesus came to serve, john 1.14, modern parable, vulnerability, what did it cost God the father to send his son. Bookmark the permalink.

3 Responses to A Parable for Christmas