The parable (and true story) of the toy plane

Posted on May 23, 2015 by honestaboutmyfaith 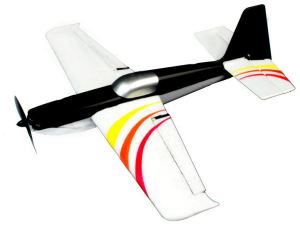 Once there was a boy who was given a toy plane for Christmas. He was desperate to fly it but he had had to be patient as the plane needed lots and lots of room to fly in.

At last, the day came when he was finally going to fly his plane. He was so excited as traveled with his family to a large and open field and they picked a spot at one end for the launch.

The plane took off and it flew into the air, it soared and swooped and looped the loop but then suddenly it was caught by a gust of wind and was last seen heading over a river and into some trees.

The young boy was heartbroken.

A few weeks later, his father was telling this story to another parent at the school gate. As he finished the story they asked if the plane was black and they then went on to describe the plane that their father in law had found in a tree.

Later that day, the boy was reunited with his precious plane and he was so, so happy.

When he got his precious plane home, he put it in a cupboard where it was safe.

Sadly, the plane never flew again because the boy was too afraid of losing it.

Several years later when the family moved house, the plane was found in the bottom of the cupboard, broken and beyond repair.

It had been kept safe, but it had never fulfilled it’s purpose and now it never would.

How do we cope when things go wrong? Do we retreat and hide? Do we vow never to do things again? Is our aim primarily to avoid pain and difficulty or to live well?

There are plenty of things in life that will go wrong but we also are all living a life that should be worth living!

What are some of the good things from our past that we are now too afraid to have a go at?

God wants us to live a life that involves us flourishing. Jesus promise that if we follow, trust and obey him then we can live life in all its fullness (John 10.10).

The plane was created to fly but fear led to it being grounded.

What were we created for? How is fear holding us back?

May God set us free from the things that are holding us back!

Hi, my name is Graeme and I’m married to a very patient wife. We have 4 children, 2 rabbits, a terrapin (and not a lot of peace and quiet!). I’m a Regional Minister for the Eastern Baptist Association in the UK (the views expressed in this blog are my own) and I am especially interested in making Church accessible to people who have no church background and also in how we disciple people in order to equip them to live out their faith in the 21st Century.
View all posts by honestaboutmyfaith →
This entry was posted in do not be afraid, Faith, freedom, Life in all it's fullness and tagged do not be afraid, finding freedom, freedom from fear, freedom in christ, john 10.10, life in all its fullness, live life well, modern parable, overcoming fears, parable of the toy plane. Bookmark the permalink.