A pain in the neck, microwavable animals and Godincidences

Posted on January 24, 2015 by honestaboutmyfaith 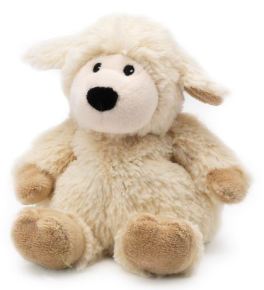 My dad is unwell 😦 and he has had a lot of pain in his shoulder and neck. As I was talking on the phone to my mum yesterday I was asking if he had tried a heat pack. My wife overheard and suggested he could try a microwavable beanie toy. My girls have these to go to sleep with. We have Daisy the sheep and Crème Brulee the pig (I call him bacon butty). After a  minute or two in the microwave (oddly I enjoy watching them spin around in there) they are toasty warm and they can really help you sleep (apparently anyway, I’ve never tried). 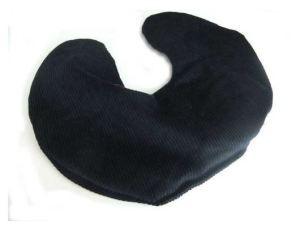 Shortly after this conversation I went to visit someone who happened to be wearing what they called a wheat cushion around their neck.

It turns out that it works using a similar principle to the microwavable beanie toys and it can be warmed in the microwave. It acts as a support to the neck whilst offering warmth that can help.

What an amazing series of Godincidences (a series of unlikely occurences that led to a positive outcome).

Sometimes God guides and it is dramatic and obviously supernatural way such as dreams or visions but often I find that God is simply at work in the ordinariness of life.

Recently I was fairly discouraged about something and two separate and unrelated people came up to me and encouraged me about the kind of situation I was in. They had no idea what I was going through or thinking but their words were what I needed to hear. More Godincidences!

God is at work leading us. Will we listen and be inspired to play our part  in his work?

If we recognize that God is at work, how often do we thank him?

Hi, my name is Graeme and I’m married to a very patient wife. We have 4 children, 2 rabbits, a terrapin (and not a lot of peace and quiet!). I’m a Regional Minister for the Eastern Baptist Association in the UK (the views expressed in this blog are my own) and I am especially interested in making Church accessible to people who have no church background and also in how we disciple people in order to equip them to live out their faith in the 21st Century.
View all posts by honestaboutmyfaith →
This entry was posted in Faith, God is with us, God loves us, Life experiences, Listening to God, Relationship with God and tagged God guiding us, godincidences, joining God in his work, listening to God, microwavable beanie, wheat warmer. Bookmark the permalink.

2 Responses to A pain in the neck, microwavable animals and Godincidences